In the UK, Creston-owned ICM Direct has appointed operations specialist Gareth Nicol as Managing Director, replacing Patrick Diamond who is leaving the firm after 11 years.

ICM Direct is part of ICM Group, which was founded in 1989 and acquired by Creston in 2006. The firm provides telephone survey data collection, along with SMS and IVR surveys, and qual depth interviewing services. The firm also operates Newvista, an online panel of more than 130,000 people. 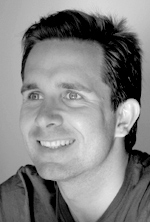 Nicol joins from Fieldwork International Healthcare where he latterly worked as UK MD. Prior to this, he was Client Development Director at Synovate (South Africa) and worked at Maritz.

In his new role, he will become a member of the ICM Group Board and will also take up a seat on the Creston Insight Board.

Commenting on the changes, Justin Sampson, Chairman of ICM Group, said: 'Anyone who knows Patrick will understand what a tremendous legacy he leaves at ICM Direct. In appointing Gareth, we have found a highly capable successor, who is a progressive thinker in the development of digital solutions and has a proven business development track record.'