Four and Counting for BritainThinks

Newly announced agency BritainThinks has already hired two further team members and is looking for two more. 'Though currently working for a number of clients, the company is planning a full launch in two months' time, including product announcements, web site and central London offices.

Co-founder Viki Cooke told DRNO the new company was already up and running, working for clients including PricewaterhouseCoopers, and had already secured the services of two execs, whose identities are not being disclosed at present. Further candidates are in discussions with the aim of announcing a team of six in September. 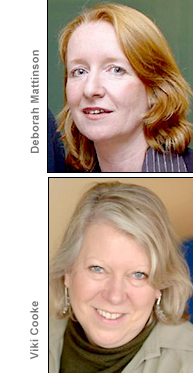 Cooke and her colleague Deborah Mattinson co-founded Opinion Leader Research in 1992 and sold it to Chime Plc six years later. In March this year, the pair left Chime with the aim of setting up a new agency.

BritainThinks will focus on public opinion, message testing and reputation studies, using the founders' considerable experience from political and campaign research, but also moving into new territory, according to Cooke. The company will aim to 'put the public at the heart of the debate' for commercial as well as public sector clients - Cooke says all their early stage clients are in the former category, but that one likely approach is to develop a model for working with local authorities looking for guidance from local opinion, in line with the government's ideas about shifting power.

Other new 'products' are also planned, including the organising of high profile debates on topical issues, to be sponsored by clients - this is likely to debut somewhat later. Cooke says the agency is likely to buy in fieldwork and other services from appropriate partner firms and will take a different approach to Opinion Leader, working on more longitudinal projects, observing and commenting on trends over time. The founders are already talking to potential media partners for these.