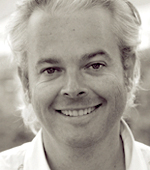 Sundquist, who has taken a sabbatical since leaving his role as CEO of The Leading Edge just under a year ago, spent fourteen years at The Leading Edge, in the role of Sydney MD and then CEO. In that time the firm bloomed, from a single office with ten employees to an international agency of more than 100 people with revenues of $30 million. His twenty plus years in the industry have given him what his new firm calls 'a mix of high end strategic consulting skills and MD/CEO level commercial/business management experience'.

Phillips and Kemp, who were Directors at TLE, set up Fiftyfive5 in May, with the stated aim of strengthening the link between research insights and actual growth for clients.

Says Kemp: 'We are really excited to have Mark join what is fast becoming one of the strongest senior teams in the industry'. Phillips ads: 'Having worked with Mark for 10 years, it is great to be working together again. It really rounds out the team and further extends our offer to our rapidly growing client base.'

Sundquist says he looked at roles 'both locally and globally' and found this 'by far and away the most exciting opportunity'. He believe the new company will become 'a major force in the industry'.