London-based qualitative specialist Firefish has launched a quantitative practice led by former RS Consulting MD, Neil Swan. The agency has also reported sales growth of 69% to £3.3m for the first half of the year. 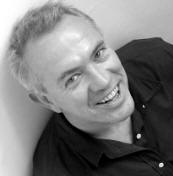 Firefish CEO Jem Fawcus says that the new division, which will be fully integrated into the business, will capitalise on his firm's overall research approach.

Prior to RS, Swan was a Consultant with Cello. He began his career at The Research Business (TRBI) in 1986, and became its MD in 2002. When the firm was acquired by Synovate in 2005, he led the company's solutions development in Western Europe.

During the first half of 2010, Firefish has seen growth across all areas of its qualitative offering, including online methodologies such as its social media platform Aquarium. International research now makes up more than half of the firm's business.

'I am delighted with our performance so far this year,' states Fawcus. 'We have added some excellent minds to our team, and are now looking to shake up the quantitative world with the launch of our own quant and integrated offerings.' The firm plans to develop a 'raft' of new research services, based around its key specialist areas of brands, communication and culture.