Online panel and technology firm Toluna has reported a 164% increase in revenues to £36.2m for the six months ended 30 June 2010, which it says reflects the successful integration of Greenfield Online ISS into the group. 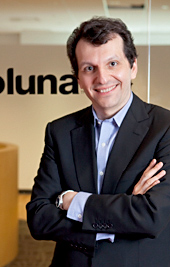 Panellists from both firm are now part of the toluna.com social voting network. The group says it is continuing to invest in its consumer panels, while also expanding its professional panels, such as its healthcare community Curizon.

'Our Group performed well in the first half of 2010, while successfully finalising the major tasks of the integration of Greenfield Online ISS,' states CEO Frédéric-Charles Petit. 'This performance testifies to the scale we have reached and the quality of our team, which gives us confidence in the outcome for the rest of 2010.'