Multi-screen media measurement specialist Rentrak Corporation has appointed board member Brent Rosenthal to the newly created position of Vice Chairman of the Board of Directors. 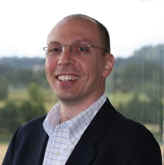 Rosenthal has served on the Board since August 2008 and is currently Chairman of the Audit Committee and a member of the Nominating & Governance Committee. A partner in affiliates of W.R. Huff Asset Management, he has helped in the recruitment of many of the key figures in Rentrak today, including CEO Bill Livek and Board members Bill Engel, Richard Hochhauser, Anne MacDonald and Martin O'Connor.

Livek acknowledges Rosenthal's 'hard work and extensive industry contacts' and adds 'Brent's impressive experience with media companies, combined with his significant financial expertise and business acumen, has been invaluable to Rentrak. He has played an instrumental role in strategically guiding our company to become the leader in advanced media measurement services.'

Rentrak is headquartered in Portland, Oregon, with additional offices worldwide and a web site at www.rentrak.com .