Newly merged agencies SPA and Future Thinking have expanded in Europe with the appointment of Adeline Baret to head a new Paris office. 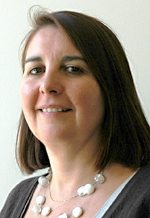 Last month, it was announced that SPA has been acquired by private equity firm Next Wave Partners as part of a plan to merge it with Future Thinking, in which Next Wave holds a 60% stake.

SPA and Future Thinking (formerly known as TORA) each hold a 20% share of the newly formed agency, with Next Wave owning the remaining 60%. The combined agency, which has a £13m turnover, recently opened its first office in the US.

Baret joins the new office in Paris with a decade's experience in senior positions at Kraft Foods France, and a further nine years at French market research firm Numsight, where as Manager Marketing Services, she worked with clients across Europe, including Russia and Turkey.

'France is a great market for NPD - and very different in terms of things such as eating and drinking culture from the UK, 'states CEO Jon Priest. 'Adeline's wealth of experience in sensory testing and product optimization makes us even better suited to help our clients who need our expertise in Europe.'