Zagorski Takes the Reins at eXelate 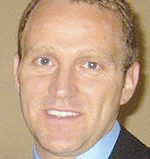 The eXelate eXchange allows data buyers to build an instant behavioral targeting function, while giving data vendors a new income stream. In August, the firm closed a $15m second round of funding, led by Silicon Valley's Menlo Ventures and joined by its series A round leader, Israeli firm Carmel Ventures.

Zagorski joined eXelate as Chief Revenue Officer in April 2008, since when he has been instrumental in launching the business in the US, where the company is currently headquartered.

Prior to this, he served as Chief Marketing Officer at online advertising firm MediaSpan, where he was responsible for all branding, communication, PR and sales development. Earlier, he co-founded and worked as President of WorldNow, which provided online solutions for broadcasters, and was Group Account Director with Modern Media-Poppe Tyson. He began his career as Brand Marketing Manager with Honeywell.

'Following the completion of a large financing round and the company's impressive business growth, we have decided to entrust Mark with leading the company to its next stage of growth,' stated eXelate Board member, Shlomo Dovrat. 'He has proven to be an effective and inspiring manager and we are excited with the prospects of eXelate under his leadership.'

From Israel, Zohar will remain an executive within the company.