In the US, Toluna's Global Chief Strategy Officer Dr George Terhanian has taken on the additional position of President, Toluna North America, following the departure of Jeff Scott who has left the firm after just five months in the role. 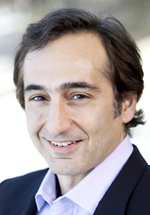 Scott joined Toluna in August with 15 years' information and media industry experience. He had most recently worked as MD at Lexis Nexis, prior to which he held senior roles at Accuity, Thomson Financial, and ARINC Research. It is not known what his future plans are.

Terhanian took up the post of Global Chief Strategy Officer in September, having previously been President, Global Solutions at Harris Interactive where he had worked since 1996.

During his time with Harris Interactive, he was responsible for pioneering online research efforts including studies to understand and minimize bias from online data collection.

Commenting on Terhanian's increased responsibilities, Toluna CEO Frederic-Charles Petit said: 'Dr Terhanian is a worldwide expert in the area of data quality. His background, creativity, understanding of client needs, and technical skills will enable us to provide superior service to our clients in North America and globally.'