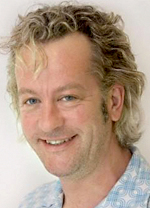 The Readership Works, which is a subsidiary of industry association The Newspaper Works, was launched last March to oversee the readership tender and the subsequent development and ongoing provision of the new metric. Dale will work closely with Ipsos MediaCT, the agency selected in September to develop and run the new system, which covers the country's newspapers and magazines.

He joins with nearly 25 years' experience working in the media in the UK and Australia. Most recently, he served as Head of Digital for MediaCom Australia, and before this he was Managing Partner at Mitchells Sydney, and Client Service Director at Carat UK.

'The role of General Manager will be pivotal in the development of Australia's new, state-of-the-art newspaper readership metric, and Mal brings to the position a unique skill set,' comments Tony Hale, Chairman of The Readership Works. 'His outstanding strategic abilities across both traditional and emerging media coupled with his in-depth knowledge and experience of the media agency sector made him the ideal candidate for this position.'

Dale says he is looking forward to contributing to 'revolutionising' the way newspaper advertising is planned and bought in Australia.