In the US, Harris Interactive has brought back its former Chief Operating Officer Al Angrisani to advise it on turnaround strategy, following a 9% revenue drop in quarterly revenue. 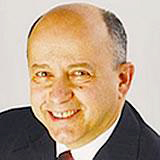 Driven by falls in the UK and US, revenue for the third quarter of Harris' fiscal 2011 fell to $38.1m, down 9% excluding foreign exchange rate differences. As a result, the firm said operating loss rose from $0.9m last year to $1.9m. Meanwhile bookings are also down 13%, led by declines in the same two countries and in Canada and Asia.

Harris Interactive's President and CEO Kimberly Till describes the results as 'very disappointing' and says the firm is 'thoroughly reviewing its operations and business model to identify the changes needed to address this problem.' As part of this, it is currently evaluating a report presented by Angrisani which makes specific recommendations to improve operating profitability.

Angrisani was previously the President and CEO of Greenfield Online prior to leading its $497m sale to Microsoft in 2008. Before this, he worked at Harris Interactive, and was President and CEO of Total Research Corporation. Before entering the market research sector, he served as President Reagan's US Assistant Secretary of Labor and Chief of Staff, where he managed a $33bn annual budget and 10,000 employees.

Angrisani describes his company, Angrisani Turnarounds, as 'a vehicle for helping troubled companies overcome the challenges that have weighed them down and diminished shareholder value'.