UK-based marcomms group Media Square plc, which owns research agency Illuminas, has reported a 15% revenue increase year-on-year, and all but wiped out the loss it made in 2009-10. 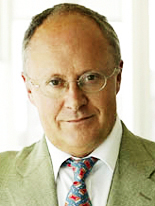 The Advertising division, of which Illuminas forms a part, performed strongly over the year, the firm said. Revenue of £27.3m was up 23.5% on the previous year and headline operating profit was a healthy £3.2m. Media Square says the 'core agencies' within the segment grew at approximately 20% over the prior year.

UK business grew at over 10% and still accounts for around 74% of the group's revenue: however, revenue from the rest of the world grew faster, from £8.1m in 2010 to £10.9m this year. The firm's Asian offices had a particularly encouraging year, with the strengthening of businesses in China and the development of a fledgling presence in India.

Chairman Roger Parry commented: 'The results for the past year show a healthy growth in revenues, mostly from organic new business, and a significant improvement in profitability. The Group is now stable and well positioned for further growth.' However, he acknowledges that debt remains 'a significant burden' which will 'continue to depress the Group's results' until its overall level is reduced, and says the Board 'plans to take steps to address this in the coming year.' The report concludes: 'The painful and long period of restructuring is over. The emphasis now is on continuing to win new business, improving margins and reducing debt.'