Ipsos in Talks to Buy Synovate

The Board of Aegis Group has confirmed that it is in talks with Ipsos about the possible sale of its market research arm Synovate. Analysts suggest a price of around £500m and the combination would create the world's fourth largest research agency. 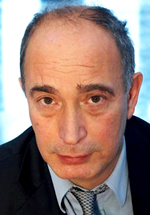 Speculation began in the UK press at the weekend, and Aegis confirmed in a statement to the London Stock Exchange this morning that the talks were taking place, stressing that 'There can be no certainty that any agreement will be reached.'

The Telegraph (www.telegraph.co.uk ) has suggested that Ipsos is 'leading a chase' for Synovate, which is 'being circled by a number of companies wanting to buy it', with 'significant interest' from 'at least one other party'. Some analysts believe Publicis is a possible rival bidder.

Ipsos CEO Didier Truchot went on the record in 2005 saying Synovate was 'a very nice and dynamic organisation', but the company - which accounts for around two fifths of Aegis' total revenue - has since been linked to GfK, in 2009, and previously to WPP, while Aegis itself is the subject of continuous speculation regarding its relationship with media giant Havas, whose Chairman and 33% owner Vincent Bolloré owns 26.5% of Aegis shares.

Bolloré has recently hinted he might be willing to sell his stake, according to reports, but he may now be tempted to launch a bid for the slimmed-down Aegis if Synovate is sold. Aegis CEO Jerry Buhlmann has recently underlined his belief that Synovate and ad agency Aegis Media are distinct entities with relatively little operational overlap.

Ipsos - whose own first quarter growth was comparable but which has grown rapidly out of the slump, outperforming competitors and breaking through the EUR 1 billion barrier for the first time, said recently that acquisitions would continue to serve as a 'fundamental source' of growth during 2011.

If the Synovate deal happens, Ipsos would remain considerably smaller than Nielsen and TNS, and still have lower revenues than IMS Health, but would stand fourth in the ranking ahead of GfK.

Web sites: www.synovate.com and www.ipsos.com . More news on the negotiations will appear on DRNO as it breaks and will be tweeted via www.twitter.com/mrwebnews .