In the US, marketing technology and services giant Acxiom has appointed former Microsoft advertising exec Scott Howe as CEO and President, replacing John Meyer who resigned earlier in the year. Separately, the firm has reported a 6.9% revenue increase to $288.9m. 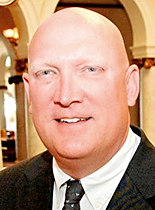 Meyer gave no reason for quitting his post in March, but Chairman Michael Durham said that with the 'expanded importance' of digital media, Acxiom was looking for a new CEO to 'aggressively' accelerate its growth. At the time, CFO Christopher Wolf also resigned 'for personal reasons'.

Howe (pictured) joins from 'King of the Web', a firm he founded to develop online games, with a focus on user-generated content and social media connectivity. Before this, he was Corporate VP, Advertising & Publisher Solutions at Microsoft, where he had product responsibility for online ad technologies and emerging digital media businesses.

Earlier in his career, he was President and founder of online ad network aQuantive, which was later acquired by Microsoft, and before this he held senior roles at Avenue A | Razorfish and The Boston Consulting Group.

Durham said the Acxiom Board had unanimously selected Howe because of his experience in blue-chip professional services and global online advertising, as well as his track record in profit growth, client service and corporate leadership.

'Scott has repeatedly demonstrated a creative and innovative capacity for the development, launch and delivery of new products and services,' Durham stated. 'He has extensive digital marketing and technology experience, and is a passionate executive with infectious energy and leadership abilities.'