In New York, brand influencer network Crowdtap has secured $7m in Series A funding, which will be used to expand its sales force, scale the engineering team, and fill several other operational and product positions. 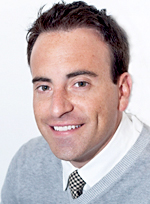 The firm provides access to a member base of more than 150,000 'Crowdtappers', while also enabling brands to recruit consumers from their existing communities on Facebook, Twitter and CRM databases.

Crowdtappers earn redeemable points for taking 'brand actions', such as completing surveys, voting in a poll, participating in an online discussion, or sharing brand-related content with friends via social media. Crowdtap requires that Crowdtappers donate 5% of these points to a charity of their choice.

Since the launch of the firm's beta platform in August 2010, Crowdtappers have completed more than 4.6 million polling and sampling-related 'actions'.

The company's latest round of funding has been led by Foundry Group, with participation from GSA Venture Partners and Mr Youth, a social marketing agency that provided Crowdtap with $3m in seed funding.

'We believe deep participation and collaboration with consumers is the future of marketing,' states founder and CEO Brandon Evans. 'Bringing on partners like Foundry and GSAVP with such deep experience in gaming, crowdsourcing and ad technology really formed a perfect opportunity for us to grow our position as the leader in brand influencer communities.'