UK marcoms group Media Square - the parent of market research agency Illuminas - has been acquired through a management buyout (MBO), following an earlier announcement that its bank had refused further funding. 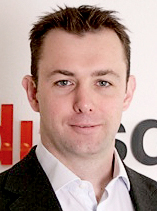 Media Square shares were suspended from the AIM exchange this morning, after its lenders Lloyds Banking Group refused to provide additional short-term funding. The group had warned last week that it would breach covenants on £25.8m of borrowings unless it received extra funds.

The MBO has been made through a new employee-owned firm called MSQ Partners, which has taken over the running of the ten agencies in the group's portfolio. This firm is led by former Media Square CEO Peter Reid pictured) and Chairman Roger Parry. According to reports, Lloyds will also hold an undisclosed stake in the firm.

Reid commented: 'An employee-owned structure where the employees take the majority control and can share in the future success of the business is one that we believe will see our agencies realise their full potential.'

For the six months to 31 August, Media Square's revenue was down 2% to £21.8m, while its loss from continuing operations before tax was £1.4m, compared with £1.1m in the prior year period.

Separately, last month the group launched legal action against David Wright, the founder of PR giant Citigate, seeking almost £1m in damages over an alleged plot to take over the company.