Media and communications research provider Ipsos MediaCT has rolled out its passive radio audience measurement tool MediaCell across the Middle East and North Africa (MENA), to measure which radio stations respondents are listing to in the region. 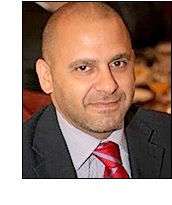 MediaCell uses software on an existing mobile phone handset to 'listen' for codes inserted by a radio station at the point of transmission. These 'digital fingerprints' are inaudible to the human ear and identify the station, platform and time a respondent is listening.

Those using the tool are not required to do anything special other than carry their mobile phones with them as they go about their daily business - touted as an advantage over systems like Arbitron's PPM which require the carrying of a separate device.

The technology was developed four years ago in partnership with UK-based acoustic data specialist Intrasonics, and has since been extensively tested in the laboratory and in field by a number of radio broadcasters. It is also supported by UK radio ratings body RAJAR.

Elie Aoun, President of Ipsos MediaCT in Middle East, Africa and Pakistan, comments: 'Most people already have mobile phones and carry them with them at all times. Over the course of the next few years, mobiles are set to play an increasingly important role in market research. They won't just offer an alternative way of delivering questionnaires but will open up possibilities for entirely new ways of carrying out research.'