UK-based market research agency Firefish has reported a 23% increase in turnover to £7.7m for the past 12 months, and has appointed former Hall & Partners exec Majbritt Rijs as Head of Quantitative. 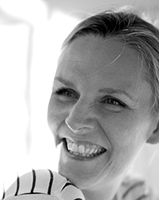 Established in 2000, Firefish offers both qual and quant services, and earlier this year announced plans to open a new office in Amsterdam, led by former Synovate Qual Insights Director Kees Van Duyn. Looking at its latest trading figures, Firefish says turnover in July 2012 is already 30% up on July 2011.

CEO Jem Fawcus comments: 'The growth over the 2011/2012 financial year has come from an increase in our core qualitative business, including from methodologies such as digital ethnography, communities and mobile, as well as from the rapid establishment and growth of quant.'

Rijs (pictured) joins from Hall & Partners where she served as Research Director for the past two years. Prior to this, she held senior roles at TNS Research International, Incite, SPA and ORC International. Additionally, Rijs has taught statistics, cognitive and social psychology and social experimental methods at the University of Nottingham.

Fawcus adds: 'Majbritt will be managing a team of what is now five quant researchers, continuing to ensure qualitative and quantitative elements come together at all stages to give an in-depth, 360-degree view of consumer thinking.'