Kantar Media has bought AGB Nielsen's 50% stake in the TGI (Target Group Index) service operating in Turkey. Terms of the deal were not disclosed. 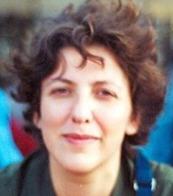 TGI was established in Britain in 1969, and now has a presence in more than 60 countries worldwide. The Turkish service, launched in 2001, provides comparative data on products, brands, media, attitudes and demographics across the country. TGI Turkey is now fully owned by Kantar Media, along with sister studies in GB, France, Germany and other European markets.

There will be no changes to the service in Turkey, which will continue to be known as TGI Turkey, with the team there led by Funda Kadiođlu (pictured).

Geoff Wicken, Head of TGI International, comments: 'Turkey is an important market for Kantar Media, and we are pleased to continue providing marketers, media and advertising agencies and media owners with the detailed understanding of consumer attitudes and behaviour that our surveys provide. For the future, we anticipate that our clients in Turkey will benefit from the introduction of new services that are currently being developed in other TGI markets.'