Database giant Experian has increased its stake in Brazilian credit behaviour specialist Serasa from 70% to 99.6%, paying R$3.1bn (US $1.5bn), plus a cash adjustment on completion. 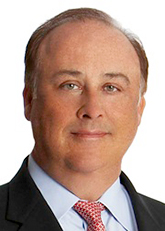 Founded in 1968, Serasa owns databases on the credit behaviour of Brazilian consumers and companies, sourced from a network of Brazilian banking, commercial and judicial organisations. Coverage includes payment practices, public defaults, social and demographic data, and economic and financial information.

Experian acquired an initial 65% stake in Serasa in June 2007 and subsequently increased it to 70% in October 2007. In Experian's consolidated financial statements for the year ended 31 March 2012, Serasa generated revenues of R$1,479m (US$870m).

The additional 29.6% interest is being acquired from a bank group comprising BIU Participaçőes S.A. (a consortium comprising the stakes in Serasa held by Itaú Unibanco and Bradesco), Banco Bradesco Financiamentos, Grupo Santander and HSBC.

Experian CEO Don Robert (pictured) comments: 'We see significant potential for future growth in Brazil, and we are delighted to have the opportunity to further invest in this exciting region. We would like to extend our thanks to the minority shareholders for their strong support over these first five years and we look forward to a long and productive ongoing commercial relationship.'