Marcoms group Chime has hired Lord Coe as Chairman of its sports marketing arm, CSM Sport & Entertainment. The firm has also entered into an 'option agreement' to buy Coe's 93% interest in CLG, a firm which acts as a vehicle for his earnings from speeches and appearances. 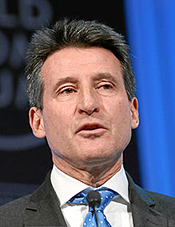 As a middle-distance runner, Coe (pictured) won four Olympic medals at the 1980 and 1984 Olympic games. After retiring from athletics, he became Tory MP for Falmouth and Camborne in 1992, and later served as William Hague's Chief of Staff, having accepted the offer of a life peerage in 2000. He is a worldwide ambassador for Nike and owns a network of health clubs with a membership of more than 20,000. Most recently, he has led the bidding for and hosting of the London Olympics.

CLG's income streams over the next fifteen years include Coe's commission, royalties and consulting income. In 2007, it was reported that Coe had earned £461k from speeches and personal endorsements, and alongside his £285k salary as Chair of the London Organising Committee for the Olympic Games, he received a further £135k in speaking fees and £326k from his 'image rights'. He is also believed to have made £2.7m from shares in CLG.

In a statement, Chime said: 'Lord Coe is one of the most high profile figures in world sport, and the proposed acquisition of CLG will assist CSM Sport & Entertainment in its ambition to become one of the top three sports and entertainment businesses in the world.'

On completion of the deal next January, Chime will pay an initial £1.5m in cash together with deferred consideration payable over the period to March 2017, on the achievement of various financial targets. Current CSM Chairman Alan Pascoe will become President of CSM.

Lord Coe commented: 'I am delighted to be joining such a dynamic group with such a breadth of sporting interests and skills. I hope my experience will help develop this exciting new business and I am looking forward to the challenge.'