Dentsu Wait for Aegis is Over 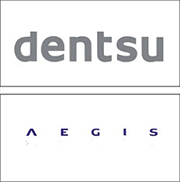 Aegis shareholders accepted the offer more than seven months ago, but it then became stuck awaiting approval by the antitrust authorities in the People's Republic, with some press reports suggesting a link to a territorial dispute with Japan over several islands in the East China Sea.

In February, the date for approval was pushed back again after an agreement with the Chinese Ministry of Commerce. The combination of Dentsu and Aegis, aside from forming the world's third largest marketing services holding group behind WPP and Publicis, will form one of the largest agencies operating in the PRC: the company has stayed tight-lipped and polite about the delay.

Tonight the two companies announced that 'the scheme of arrangement to effect the recommended cash acquisition of Aegis by Dentsu under the scheme document issued by Aegis on 23 July 2012... has today become effective.'