ActiveGroup 'to Close on Friday'

US-based ActiveGroup, which provides video streaming to the market research industry, is reportedly to cease operations on April 5 after fourteen years in business. The firm is part of MVL Group, which also owns companies including PhoneBase and QuickTest/Heakin. 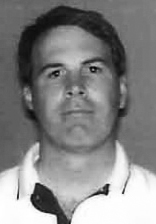 ActiveGroup was founded in 1999 by David Nelems (pictured) as a sideline to his family business Compass Research. He then built it as a standalone company which he sold to market research holding company MVL Group eight years later, and returned as ActiveGroup CEO in 2011.

In an e-mail to clients, the firm said this week that those with streaming sessions that need to be scheduled should contact competitor firm FocusVision - but Nelems told DRNO he was unable to comment on whether FocusVision was acquiring ActiveGroup or any assets.

FocusVision, which was itself acquired by St Louis-based private equity firm Thompson Street Capital Partners earlier this year, provides live video transmission, analysis and archive solutions for the qualitative market research industry from offices in the US, the UK and Singapore.

At the time of FocusVision's sale, CEO Eric Grosgogeat praised Thompson Street's track record of investing in businesses to help accelerate growth both organically and through acquisitions.

To date, members of the FocusVision and MVL Group teams have not responded to DRNO's requests for further information about the ActiveGroup closure.