Ipsos has sold its theatrical research division the Motion Picture Group (MPG) to a private investment company led by former MPG President Vincent Bruzzese. Terms of the deal were not disclosed. 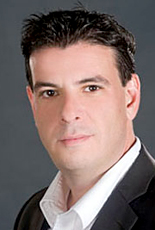 MPG, which was previously part of Ipsos OTX MediaCT, offers a wide spectrum of research services covering all aspects of a film's lifecycle, from pre-production through theatrical release and beyond. The division conducts research for most major studios including Paramount, Universal and Warner Bros, as well as independents and first-time filmmakers.

Bruzzese (pictured) initially joined OTX in 2002 as SVP Motion Picture Group, prior to the firm's acquisition by Ipsos.

The new acquisition is led by the current management team and financier David Lugliani. Current MPG clients will retain their existing service teams and offer, and the two firms have agreed to a three year partnership to enable a seamless transition.

Ipsos says the sale will enable it to focus on other 'fast developing and more scalable' offers to the media and technology markets, which fit better with its longer term strategy.