Millward Brown has appointed Travyn Rhall as Global CEO, succeeding Eileen Campbell who is stepping down in mid-July for personal reasons. 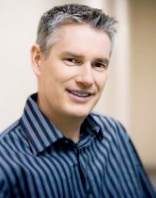 Rhall (pictured) joined the firm in 2006 as CEO of its Africa Asia Pacific region, having previously served as MD Asia Pacific for Nielsen, where he also held leadership roles in the US. Earlier in his career, he worked for Roy Morgan Research and the Australian Bureau of Statistics.

In his new, London-based role, Rhall will report to Kantar CEO Eric Salama, who comments: 'Travyn has done a superb job in Asia and Africa in growing the offer and building a strong team. Millward Brown has an abundance of talent and we are delighted to have Travyn lead the company in its next phase of growth and innovation.'

Campbell has held the CEO role since 2007, having joined the firm in 1999 as CEO of the company's North American business unit. Prior to this, she was EVP at Angus Reid Group (now part of Ipsos), and she held senior positions at NFO Research (now a TNS company), and Maritz Market Research.

Salama said Campbell had been an 'outstanding leader', particularly during a period when the media and technology landscape were changing rapidly. 'While I understand Eileen's personal decision to take a role in a different sector closer to her home to allow her more time with her family, I'm sad to see her leave and wish her the very best. She will be missed by me and many others,' he added.