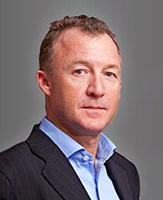 Gonzalez is currently the global group's Head of Greater China and COO of AMAP. In his new role he will report to Rhall and join Millward Brown's global Board. He brings more than 25 years of experience, twenty of them with MB itself. He opened the firm's first office in Australia - in Sydney in 1994 - then opened and led operations in New Zealand, Japan, Vietnam and Korea. He helped in 2006 to launched the China JV, Millward Brown-ACSR.

Rhall says employees, clients and partners will benefit from 'Adrian's extensive research background, deep experience in emerging markets and strong leadership skills - truly a unique and powerful combination.' Gonzalez himself says the focus will remain on building the momentum established in the region by Rhall, adding: 'We'll continue to focus on developing AMAP's best talent; on innovation, particularly in the digital and mobile areas; and on creating meaningful impact for our clients.'

Part of Kantar within WPP, the company is online at www.millwardbrown.com .