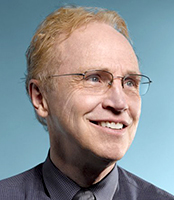 Boston, MA-based Innerscope, which was founded in January 2006 by Dr Carl Marci and Brian Levine, combines neuroscience and biometrics with its own proprietary software, to measure and analyze audience engagement with any media stimulus. Following Moult's appointment, Marci will retain his role as Chief Science Officer and Chairman, while Levine will remain President.

Moult joins from Nielsen, where he most recently served as President of Knowledge Collaboration, with a responsibility for sharing and co-creation with industry organizations and academia. Earlier, he served as Nielsen's President of Media & Advertising Analytics, before which he was CEO of the Media Behavior Institute and a Founding Partner at Sequent. He also worked as President of the Marketing Science Institute, was President & CEO of Ipsos - ASI, and spent ten years as President of The BASES Group.

In his new role, Moult will work collaboratively with Joe Willke, who recently took over leadership of Nielsen's brain research arm NeuroFocus, to raise the profile of neuromarketing across the industry.