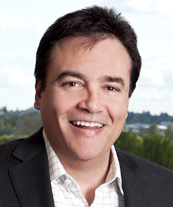 The firm's theatrical business currently measures box office attendance and ticket sales around the world. Last year, Timothy Pitzer was named SVP, Theatrical Worldwide IT and Innovation, having previously held the title of VP, Domestic IT and Operations.

All five continue to report to Ron Giambra (pictured), Rentrak's President of Theatrical Worldwide, who comments: 'Our movie measurement business is evolving at a rapid pace and the appointments of these original team members reflect that. For the last eleven years, we have been fortunate to have individuals that not only understand our current business, but more importantly, where we are looking to go in the future.'