Analysis conducted by industry authority Jack Honomichl points to a 'weak downward trend' in the research sector in 2012. A total of $9.5 billion was spent in the US on the sector, which is defined as including marketing, advertising and public opinion research services. 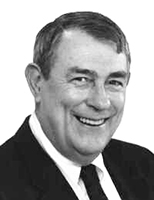 Honomichl attributes the decline to underlying factors such as an 18.3% decrease in the portion of government spending now contracted to the private sector. Other factors are thought to include the slowing of growth in focus group usage - growing by 1.9% in 2012, compared with 4% in 2011 and 5.4% in 2010 - as online research takes an increasing share.

Total industry revenues would have been down much more, says Honomichl, but for the 'floor' established by those Top 50 firms that specialize in syndicated services under long-term contracts - including Nielsen, IRI, Arbitron, JD Power & Associates, NPD Group, comScore, Rentrak and National Research Group. These eight firms saw 2012 revenues grow by 4.1%, while the balance of 41 firms saw revenues decrease by 0.7%.

There were seven newcomers on this year's list: Symphony Health Solutions, Public Opinion Strategies, Perception Research Services, RDA Group, Leo J. Shapiro & Associates, LRA Worldwide, and Kelton. However, the list was otherwise pretty static, with all of the Top 10 agencies (see graph below) holding the same ranking in 2012 as they had in 2011. Most notably, multi-screen measurement firm Rentrak rose from position 38 in 2011 to 29 in 2012.


The Honomichl Top 50 is compiled by Jack Honomichl and his associate Larry Gold, and published by the American Marketing Association magazine, Marketing News.