Arbitron has settled with an investor who sued over its proposed $1.26bn buyout by Nielsen, admitting no wrongdoing but agreeing to remove some of what the investor had claimed were obstacles to other bidders and a higher price - and to make further disclosures about the process. 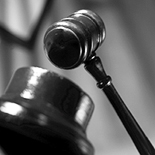 The radio ratings giant, which agreed the deal with Nielsen in December, asked a Delaware judge last Wednesday to approve the settlement, according to www.law360.com . Under the deal, Arbitron would suspend some of the deal protection clauses known as 'don't ask-don't waive provisions' which stop suitors who signed confidentiality agreements related to auctions from coming in later with a higher offer.

The investor, Joseph Pace, filed the action in January and alleged that these clauses had prevented shareholders from getting the maximum value from the sale. Arbitron has also agreed to make further disclosures about the buyout and about its financial adviser's relationship with Nielsen. In return, Pace's class action would be dismissed with prejudice.

Arbitron reiterated that it believes the allegations to be 'wholly without merit' but said the settlement would remove 'the burden and expense of further litigation'.

The merger, having been approved by shareholders in April, is still awaiting regulatory approval.