Multivariate and A/B testing specialist Ezoic has raised $5.6m in a Series A round of funding, which it will use to launch its site layout optimisation software out of private beta in Q1 2014. 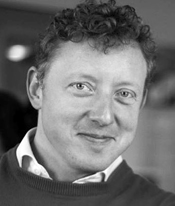 The firm was founded in 2010 by CEO Dwayne Lafleur, the former CEO of the first Facebook advertising network, Cubics. Its software automatically tests different layouts of the same site content, based on users' actions across mobile, tablet and desktop. Currently in private beta, the solution has so far been trialled on more than 400 web sites.

Ezoic's Chief Client Officer John Cole (pictured) comments: 'Improving site layout has a dramatic and positive effect on how the average user browses a site. Independent web site owners currently struggle to compete with larger digital publishers who are better resourced to create and test a large number of layouts for all devices. Ezoic aims to level the playing field by offering a fully automated platform for digital publishers who want to improve user experience and ad income.'

The company's Series A funding has been led by venture firm Balderton Capital, with support from private investors and New Amsterdam Capital.

John Seal, the latter firm's Managing Partner, adds: 'Ezoic's service has proven an ability to increase informational publisher advertising revenues by two to three times, is years ahead of any competition, and represents one of the most attractive investments we have in our portfolio.'

Based in San Diego, US and Newcastle, UK, the company is online at www.ezoic.com .