Ebiquity Buys CMCG; Takes Itself Off the Market

UK analytics firm Ebiquity has confirmed it is no longer considering the sale of its business; and has itself acquired Hong Kong-based China Media Consulting, the holding company of the CMCG Group, for an initial sum of $HK 20m (c.£1.6m). 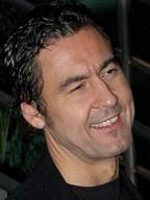 Founded in 1997 as Thomson Intermedia, North Tyneside-based Ebiquity comprises an Analytics division, offering media buying measurement and benchmarking, and performance measurement; and a 'Platform' division which provides media monitoring products. In August, the company announced it was considering a sale, but in a Stock Exchange alert today confirmed it was off the market, none of the received proposals having adequately reflected the Board's view of the company's value.

Separately, Ebiquity has acquired Hong Kong-based CMCG, which provides media auditing and benchmarking services from offices in Shanghai and Beijing. Unaudited revenue for the year ended 31st December 2012 was approximately £1.4m, and operating profit was approximately £0.4m. CMCG employs 22 staff and was founded in 2006 by former Zenith Media China CEO Alex Abplanalp (pictured), who as part of the deal will retain his current role and add that of CEO of Ebiquity's China business.

Michael Greenlees, Ebiquity CEO, comments: 'Alex and his team have worked with Ebiquity for a number of years and this acquisition underlines our commitment to further strengthen our capabilities in this important market and to grow our business across the Asia Pacific region.'