In the UK, the Market Research Society (MRS) has announced that its next President will be Camelot Group CEO Dianne Thompson. She takes up the position at the beginning of April when Rita Clifton completes her five-year term. 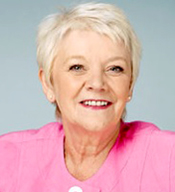 Thompson (pictured) became CEO of lottery firm Camelot in 2000, having previously worked there as Commercial Operations Director. Prior to this, she held a number of senior marketing roles at the Signet Group and Woolworth, and Sterling Roncraft, having begun her career as a marketing trainee at the Co-operative Wholesale Society. From 2001 to 2004, Thompson was President of the Chartered Institute of Marketing (CIM), and in 2006 she was awarded a CBE for services to business.

The Society says Thompson will bring a 'wealth of experience' in client-side marketing, and has used research extensively to inform decision making wherever she has worked. Thompson will replace former Interbrand Chairman Rita Clifton, who became MRS President in 2009.

Jane Frost, CEO of MRS, comments: 'Dianne's vast management experience of businesses that invest in and act on the evidence provided by research has provided her with an in-depth appreciation of this globally-important sector. Our new President's knowledge and experience will be ideal as MRS continues to redefine itself, reflecting the transformation that is taking place within the sector we serve.'

The MRS has also re-elected market research consultant Ruth Betts to its main Board, and appointed the following members: