In the second session of the day, Tim Harford, writer of Financial Times column 'The Undercover Economist', weighed up the pros and cons of different approaches to innovation when creating winning ideas. Mel Crowther reports. 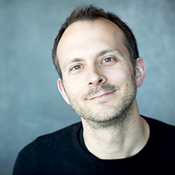 Describing the British Olympics Cycling team's so-called 'marginal gains' policy, Harford explained how sports scientist Matt Parker had introduced a number of small improvements and ideas which ultimately led to an increase in medal count. These included the invention of 'hot pants', or heated shorts to help keep Chris Hoy's thigh muscles from seizing up as temperatures dropped. Parker is also credited with the idea of spraying alcohol on to cycle wheels to remove a layer of dirt and increase tackiness before a standing start, which ultimately knocked seconds off race times. Harford said that while these marginal gains may not sound exciting, in a competitive sport, they can make all the difference between winning and losing.

Risks and the long-shot

While these marginal gains proved to be a popular model for innovation, Harford believes there is a danger in seeing this as the only way to innovate. As an example, he told the story of the creation of the Spitfire fighter plane, which played a significant part in winning WWII and curbed Hitler's plans to invade Britain. In 1931, the British Air Ministry issued a new specification, inviting aviation engineers to abandon the previously accepted view of how a fighting aircraft should operate, and instead, produce something completely new. One of the competing firms came up with a radical new design, which was ordered by Air Commodore Henry Cave-Browne-Cave for just £10,000 as 'a most interesting experiment'. Harford believes that the creation of the Spitfire was not the result of a brilliant plan A, but of a culture that allowed individuals to work also on plans B, C and D.

Discovery of the knock-out gene

Great ideas can also be born out of encouragement of dogged persistence. Harford tells how Harvard scientist Mario Capecchi left the university because of its requirement for fast results and short-term gratification. In order to 'do great work', Capecchi moved to a brand new department at the University of Utah and applied for three National Institute of Health (NIH) grants, in order to support his work into life-saving research. Two of the projects appeared to have an obvious chance of success, while the third was wildly speculative and involved gene targeting a mouse's DNA. The NIH only agreed to fund the latter research on the basis that Capecchi's two other experiments produced results.

In 2007, Capecchi was awarded the Nobel Prize for Medicine for this work on mouse genes, and the NIH said that it was 'glad' he hadn't followed its advice.

Conversely, The Howard Hughes Medical Institute (HHMI) urges its researchers to take risks and explore unproven avenues - even if it means the chance of failure. Compared with NIH's approach, this could be regarded as a great attitude, so, to weigh up the differences, three economists examined the data from both approaches, and found that the more risky HHMI grants funded the more important and influential research, whose creators were more likely to win awards, while the NIH risk-averse approach could miss many significant ideas.

Harford's point is that 'long-shots' and 'marginal gains' are important to the creation process, and both should be employed if we are to encourage individuals to create new ideas, innovations and technologies that matter.