In London, community panel specialist Verve has hired Emel Mohammadally as Innovations Director, a newly created position, with a remit to roll out new technologies, tools and approaches for clients. 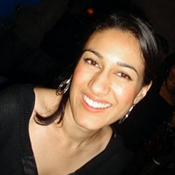 Verve was launched in 2008 by the founders of Research Now, Hall & Partners and the iD Factor - Andrew Cooper, Mike Hall and Jon Gumbrell. In March, the firm reported a strong start to 2014, including the arrival of twelve new team members.

Mohammadally (pictured) joins from Research Now, where she was most recently Head of Client Development for Australia. Prior to this she was an AD at Ciao Surveys, and spent three years at Synovate as a Research Manager.

One of her first tasks in the new role is to work with full service agency InsightAsia to launch an app called 'Verve 3Sixty', through which community panellists will be able to participate in qual and quant studies.

Andrew Cooper, Verve CEO, comments: 'It is essential to innovate even in the busiest of times and Emel's appointment empowers us to do just that. Emel will support the Research Directors at Verve to trial and innovate with their clients and ensure that we keep raising the bar of what we deliver every quarter.'