Canadian pollster Angus Reid, most recently the co-founder of research community and survey tech specialist Vision Critical, is retiring as the firm's Executive Chair, in order to set up an independent public opinion research organization he will call the Angus Reid Institute. 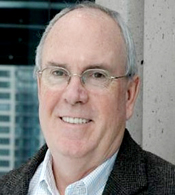 Reid (pictured) began his career as a Sociology Professor at the University of Manitoba, before establishing polling company the Angus Reid Group, which he later sold to Ipsos for a reported $100m. In 2000, he and his son Andrew founded Vision Critical, which now employs around 650 staff at its offices in Canada, the US, UK, France, Germany, South Africa, Australia, Singapore and Hong Kong, and has revenues of around $95m.

At the end of last year, Reid sold around $10.5m worth of company shares, and he now plans to use some of his personal wealth to set up the Angus Reid Institute, which like the US-based Pew Research, will conduct public opinion polling, demographic research and other empirical social science research to inform the public, the press and policymakers.

In a statement, Vision Critical said that despite Reid's retirement from his role at the firm, the Reid family will remain the largest shareholders in the business, which is run by CEO Scott Miller and where Reid's son Andrew remains President and Chief Product Officer. Angus Reid will continue to be involved with the company as an adviser.