In New Zealand, MR tools and software provider Infotools has appointed co-founder Ant Franklin as its first ever Chief Executive Officer, with a remit to grow the company internationally. 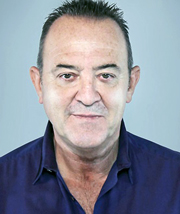 Founded in 1990 by Franklin and Ron Stroeven, the company focuses on converting marketing research data into a 'knowledge bank', through which it says clients can investigate, visualise and create stories. As well as its headquarters in Auckland, it has offices in Wellington, Stockholm, Atlanta, Seattle, Johannesburg, Buenos Aires and London, and it employs nearly 180 people.

Prior to Infotools, Franklin (pictured) was an Account Manager at ad agency Chiat Day Mojo, and he served as Media Marketing Manager at Australian MR firm AGB McNair (absorbed by AC Nielsen in the 1990s), where he was responsible for the development of syndicated services, pioneered the launch of several industry monitors, and managed marketing for the company's Media Research division.

In his new role, he is tasked with expanding Infotools' footprint across the global market research space. Chairman Jim Mclean comments: 'It is no secret that the market research industry is an ever-evolving one. The recent appointment of Ant Franklin as CEO is just one of the ways Infotools intends to stay on the cutting edge of marketing research technology services.'