comScore is to pay an undisclosed sum for MdotLabs, an agency which 'detects non-human traffic' (NHT) - not by watching the skies, but by looking down at some of the murkier practices inflating digital audience figures. The measurement giant, which announced strong growth today, also appointed Mel Wesley as its new CFO. 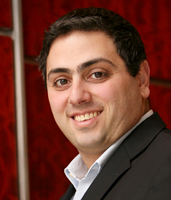 MdotLabs' team will all join comScore, including co-founders Dr. Paul Barford and Timur Yarnall. CEO Yarnall comments: 'comScore sits at the center of the digital media buying and selling communities, and we believe our technology can play a big role in helping both sides mitigate the deleterious effects of NHT and bring confidence to those investing in digital.'

Serge Matta (pictured), President & CEO of comScore, welcomes the acquired firm's 'outstanding team of engineers and data scientists' who he says have been 'at the forefront of developing the highly sophisticated techniques for identifying and rooting out the waste associated with non-human traffic, which can often run in excess of 50 percent on a given campaign.'


Wesley takes up the CFO role on August 29th, following the retirement of Kenneth Tarpey. His career in financial positions in the technology industry includes time as CFO of security specialist Mandiant Corporation, SVP and CFO at OPNET Technologies, Corporate Controller for SteelCloud, Inc. and as Assistant Controller for Learning Tree International, Inc.

Matta says of the new arrival: 'His public company experience, in addition to having spent his entire career in the technology sector, make him uniquely qualified to step into this position and be able to hit the ground running'. He comments: 'I would also like to extend my thanks to Ken Tarpey for his service as CFO of comScore over the past five years. His guidance was instrumental in helping comScore significantly grow our revenues, expand our operating margins and manage several strategic acquisitions during his tenure. '