WPP's data investment management division (DIM) has reported Q2 net sales of £436m and revenue of £611m, the latter up 2.6% in like-for-like terms but well below the overall group growth of 10.2%. 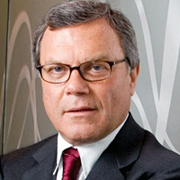 Reported Q2 revenue for DIM was down 6%, due in part to the sale of the US call centre business Center Partners, to Mexico-based BPO and call centre service provider Qualfon in April.

DIM revenue for the half was up 1.8% like-for-like against 8.7% for the Group, with all other divisions growing faster. Net sales - which WPP says will give a more representative picture of success going forward - were up 1.2% like-for-like, again the lowest and comparing with overall Group growth of 4.1%. Operating profit for DIM was £88m, a margin of 10.5% (H1 2013 10.4%).

In a statement, the firm said DIM net sales grew in all regions except the UK and Western Continental Europe, with a 'significant improvement' in North America, Asia Pacific, Africa and Central and Eastern Europe; while the faster growing markets of Asia Pacific, Latin America, Africa and the Middle East maintained the 'strong growth' seen in the first quarter. The regional picture for DIM is in stark contrast to that for the Group as a whole, for which Europe performed better and the UK particularly strongly.

Overall for the group, second quarter revenue was up 3.7% to £2.89 billion on a reported basis, while first half revenue increased 2.7% to £5.46 billion. Profits were up strongly: reported headline EBITDA was down 2.7% to £733m but at constant currency grew 8.1%, with operating costs rising less (6.2%) than net sales.

Including all its associates and investments, WPP employs more than 179,000 full-time people in over 3,000 offices in 110 countries. Excluding these ventures, the number is around 120,000.

In a statement the company, led by CEO Sir Martin Sorrell (pictured), said its prime focus in 2014 will be on growing revenues and net sales, driven by the group's position in the new markets, in new media, in data investment management, including data analytics, and the application of technology.