Survey technology firm Qualtrics has closed a $150m Series B financing round, giving it the means to expand rapidly into new geographic and vertical markets, develop new products and consider acquisitions of appropriate technology solutions. 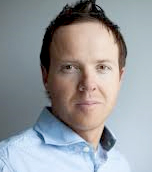 The company says its SaaS-based solutions, based around its flagship survey engine product, create 'a single platform that eliminates data silos'. In business for a dozen years, it raised its previous $70m in funding in 2012 from Silicon Valley venture capital firms Accel Partners and Sequoia Capital, who have also played a significant part in the latest round. The deals value the company at more than $1 billion.

Qualtrics, whose CEO is Ryan Smith (pictured) and which has bases in Provo, Utah, USA and Dublin, Ireland, says its platform hosts over 2.1 million active surveys on a typical day, capturing customer, employee and market feedback. The firm has remained in profit despite growing revenue at a CAGR of over 90% during the last 5 years. The platform is currently used in more than 75 countries and is adding approximately 400 new enterprise customers per quarter.

Insight Venture Partners MD Jeff Lieberman comments: 'We meet with thousands of companies each year and select only the very best for investment. Qualtrics is such an organization with a leading brand, product, and management team.'