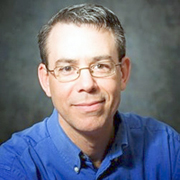 Trautz (pictured) joins after more than nine years at digital research specialist InsightExpress, where he latterly served as VP of Insights & Analytics, responsible for all custom qual/quant consumer research across both traditional and digital media platforms, while managing a twelve-person team. Before this, he spent more than four years at Millward Brown, having begun his career as an attorney.

Hall & Partners NYC Managing Partner Peter Mackey comments: 'Having previously developed several custom products and analytical techniques, Todd brings with him a wealth of knowledge and a history of innovation. We are thrilled to have him on board and know that he will be a true asset to our team.'