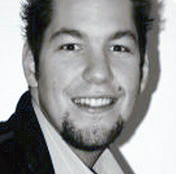 Engagement Labs offers social media data and insights through its eValue analytics platform, which allows brands to measure the effectiveness of their social media marketing campaigns and those of their competitors. As well as its office in Toronto, the firm has operations in Montreal and Paris.

Segal (pictured) joins after fourteen years at digital measurement company comScore, in Canada, initially as a Research Analyst and later as VP of Sales. Allard comments: 'Our team has worked tirelessly for five years building our proprietary suite of technology tools setting the table for our monetization plan which culminated with the 2014 commercial launch and introduction of our eValue analytics measurement tools. Bryan has precisely the experience and pedigree to lead Engagement Labs to our full potential.'

Separately, the company has appointed former MDC Partners MD Rob Dickson as Vice Chairman of the Board, to work alongside Allard on corporate and M&A initiatives; and veteran marketer John Boynton as Chair of the firm's 'Founders Steering Team', adding value to the development of its eValue tools.