Manchester, UK-based mobile MR technology firm RealityMine has announced a follow-on funding round of £1.6m, and says it aims to triple its turnover for the second year running. 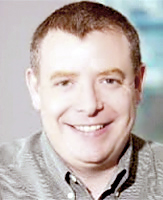 RealityMine develops tools for passively measuring mobile behaviour. Investors in this latest round include the North West Fund for Digital and Creative, the Greater Manchester Investment Fund, the GP Bullhound Sidecar Fund and former Myriad Group CEO Simon Wilkinson, according to www.insidermedia.com . Wilkinson joins the Board as a NED.

Founded in 2012, the company raised an initial £600k in equity funding in July 2013, and in December last year acquired media usage study USA TouchPoints, which was previously operated by the Media Behavior Institute (MBI).

The latest cash is earmarked for recruitment of additional technical, sales and client support staff at its office in the Trafford area; and for 'aggressively' pushing its strategic expansion plan, with the target of tripling its turnover in 2015, to £7.5m - this would roughly match its growth in 2014.

CEO Garry Partington (pictured) says the two rounds of funding are 'a great endorsement of the team, the business opportunity and the unique technology we have developed.'