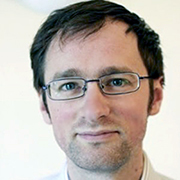 Developed by a team of British qualitative researchers from the academic and market research sectors, and led by company founder Turner (pictured), Quirkos enables users to tag or code relevant sections of text, and collate and compare themes across dozens of different text sources such as interview transcripts, surveys and articles.

The tool's interface is based around live visualisations of the themes that develop as researchers work, creating visual reports in the form of an interactive 'bubble graph' to make qual data more engaging and easier to understand. Clients can explore transcribed comments from focus groups or interviews, look at particular themes, or use side-by-side demographic comparisons. The tool also generates traditional static reports, and exports to other packages including Word, Excel and CAQDAS.

Turner comments: 'We wanted to design software that everyone could use, making the most of modern developments in database and visualisation technologies, and enabling true participatory analysis. Early versions of the software have already been used in the NHS, by researchers in universities and market research firms.'