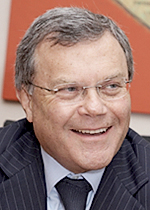 Revenue growth in the Kantar division, including TNS and Millward Brown, and known for the last 18 months as Data Investment Management, had lagged behind other divisions in results for the second and third quarters. Revenues in the first quarter had declined significantly, so its last place in the annual totals was more or less guaranteed. The division's share of total WPP revenue has fallen from 23% to 21% in the year. Like-for-like growth in other divisions ranged from 2.5% for PR and PA to 16.1% for Advertising and Media Investment Management.

Like-for-like fourth quarter DIM revenue was down 1.2% due to 'weaker custom sales in the UK, Asia Pacific and Latin America and continuing softness in parts of the Group's syndicated businesses in North America'. Reported operating margins improved to 15.6%, up 1.2 margin points in constant currency. WPP says that despite improvement in 2014, 'the slowest sub-sector continues to be like-for-like net sales growth in the custom businesses in mature markets, where discretionary spending remains under review by clients'. In faster growth markets custom business remains 'robust'.

CEO Martin Sorrell (pictured) suggested today that the forthcoming UK general election was likely to hurt industry, with a Tory government or coalition committed to a referendum on Britain's future in the EU, causing uncertainty, and Labour campaigning partly on a manifesto of 'bashing business'. Sorrell also said the thing that 'kept him awake' at night more than anything at present was the extent of cost cutting among WPP's consumer-focused clients.

Analysts have reacted favourably to the WPP Group results, which compare well with competitors.