One for Luck: Kristin Goes Solo

MR entrepreneur Kristin Luck, previously President and CMO of US-based quant MR tech firm Decipher, has formally launched a consulting practice with a focus on strategic assistance for marketing measurement and tech businesses moving from one stage of growth to the next. 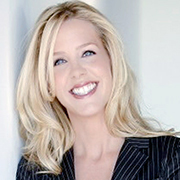 The new firm's offering will include the 'growth hacking' techniques that Luck is currently teaching in various seminars, as well as other 'non-traditional sales and marketing strategies'. She will continue her globetrotting lifestyle, lecturing and keynoting at conferences; and leading Women In Research (WIRe), a not-for-profit organization she established in 2007, which has over 3,000 members globally.

Decipher, which bought Luck's previous firm Forefront Consulting Group in 2007, was itself acquired by FocusVision in November 2014. Prior to these, Luck helped to launch ACNielsen's first online research practice; co-founded OTX (Online Testing Exchange) with partner Shelley Zalis in 2000, and subsequently sold it to Ipsos in 2010, before suing the firm over money from the sale.