New York-based ad targeting tech specialist AppNexus, in which WPP is an investor, is to acquire rival firm Yieldex, in a cash and stock deal said to be worth about $100m. 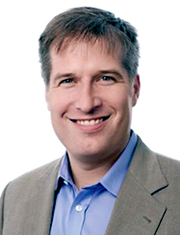 Yieldex, which just last month launched a system to predict viewable impressions from historical data, and which entered the European market with a London office in June, will bring AppNexus new technology including systems to maximise the sale value of ad space.

AppNexus CEO and co-founder Brian O'Kelley (pictured) says the merger will round out the company's offer and allow it to compete with Google as an 'independent alternative'. He comments: 'We had half the solution each, and over the past 18 months we had the conversation of putting them together'.

AppNexus, which says it is on course for $250m in annual revenue in 2015 and should turn a profit, is online at www.appnexus.com .