Laurence (Larry) Gold, the former publisher of market research industry journal Inside Research, has died at the age of 80 after a battle with cancer. 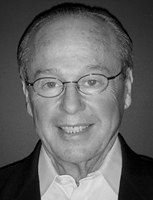 Gold spent more than 40 years working in the market research sector - several years at Metromedia, MRCA Information Services, and Nielsen, and then fourteen at the ARF (the Advertising Research Foundation). Here he initially served as Research Director and was latterly Membership Consulting Director, in charge of planning and administering the association's member relations and acquisition programs. During his time with the organization, Gold was one of the first to apply marketing mix models to estimate the effects of TV advertising on sales, in addition to designing sales promotion analysis and planning systems.

In 1994, he left to take up the role of Editor and publisher at the monthly industry publication Inside Research, which had been founded in 1990 by researcher and journalist Jack Honomichl to report on industry events, company business activities, personnel changes and financial news. Cambiar Partner and former NOP CEO Simon Chadwick says both Jack and Larry were among the most gifted and innovative researchers of their time. 'Larry knew more about research than he ever let on and this was one of his strengths as a journalist. If you read his conference reports (particularly those related to media measurement - which were almost always scathing) you could sense that he knew a lot more than he was letting on to. He deeply understood methodologies, businesses, the market and the client side.'

In addition to publishing industry news, the pair produced the Honomichl Report, to provide analysis and ranking of the top 50 revenue-generating US and top 25 global MR firms. Following Jack's death in 2013, the report - which was once described by financial magazine Barron's as 'The Bible of the Market Research Industry' - was re-named the AMA Gold Report according to Jack's wishes and as a homage to Larry, with whom he had co-produced the report for the previous two decades. Chadwick explains that Gold's success with the report lay in the trust that he built up with the CEOs of major companies around the world, explaining that they would entrust him with data that they would never have given to anyone else, because they knew he could be trusted not to divulge it to anyone else.

Last year, Gold discontinued operations at Inside Research after twenty-four years in business - the journal's final edition was published in September. He is survived by his wife Susan (who he met when she was a client and he was a supplier) and his son by a previous marriage.