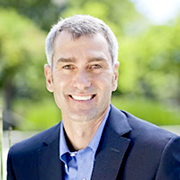 Goldberg died in an accident in the gym in early May, while on holiday in Mexico with his family. He had been CEO since 2009, having previously co-founded digital music magazine Launch Media, sold it to Yahoo! in 2001 and served as VP and General Manager of Yahoo Music. Earlier, he was Director of Marketing Strategy and New Business Development at Capitol Records, and a Consultant at Bain & Company.

Veghte (pictured) has worked as EVP and General Manager of Hewlett-Packard's HP Enterprise Group, and the company's COO and Chief Strategy Officer. Earlier, he spent around two decades with Microsoft, where he was latterly SVP, Windows, and previously served as Corporate VP, North America, and Corporate VP, Windows Server. He will take up his new position on August 3rd.

Company Chairman Zander Lurie comments: 'The Board found in Bill Veghte an insightful and energetic leader who will leverage SurveyMonkey's global scale and profitability into a much larger business. We believe Bill's stellar track record in both consumer and enterprise markets makes him the ideal candidate to succeed Dave Goldberg'.

Separately, the firm has announced that Sandberg and David Ebersman, CEO of Lyra Health, have joined its Board. Lurie described both as 'talented business leaders who will provide a valuable perspective to the firm's management team'. Sandberg comments: 'I'm looking forward to working with the Board and this amazing team and help to realize Dave's vision of building a lasting company that will impact the way we all do business for years to come'.