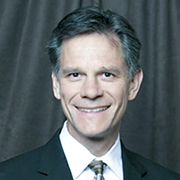 Brereton (pictured) joins after 28 years at Maritz Research. He started there in 1987 as an Account Manager, before serving as Divisional Manager in Chicago; SVP, Director National Sales - Automotive in Detroit; and later EVP MD North America. He was named President & CEO in 2003. Earlier in his career, he spent seven years at General Motors, latterly as Analyst, Product Planning & Economic Analysis.

In his new role, Brereton will work closely with President & CEO Dr T.R. Rao, and Dennis Syrkowski, EVP of Research Operations, who recently joined the company having previously spent twelve years of his career at Maritz.